In June and July, two fires less than five weeks apart damaged historic buildings in countries that had each suffered strikingly similar losses over the past two years.

On June 15, the Federal University of Minas Gerais’ Natural History Museum and Botanical Garden in Belo Horizonte, Brazil, about 200 miles north of Rio de Janeiro, suffered what Smithsonian Magazine reported as “significant losses” after a fire tore through the museum, which dates back to the 1920s and housed about 260,000 artifacts. On July 18, a fire at the Cathedral of St. Peter and St. Paul, in the northwestern city of Nantes, France, reportedly caused extensive interior damage to the 15th-century church.

RELATED: Read NFPA Journal’s account of the 2018 National Museum fire in Brazil; read an NFPA Journal article about the challenges of protecting historic courthouses from fire

Both incidents recalled similar events that transpired recently in the same countries. In April 2019, the 850-year-old Notre-Dame cathedral in Paris was damaged so severely by a fire that it almost collapsed, and experts say it could take four decades to restore the structure to its former beauty. In September 2018, a fire sparked by a faulty air-conditioning unit gutted the 200-year-old National Museum of Brazil in Rio de Janeiro, destroying millions of priceless artifacts. The flames felt like “a new genocide,” one indigenous Brazilian, whose tribe’s artifacts were lost in the fire, told the New York Times.

Fires in historic or otherwise culturally significant properties aren’t just problems in France or Brazil. “It’s happening everywhere,” said Didier Schutz, a French engineer with the global reinsurance firm SCOR. From memory, he rattled off over a dozen such blazes in the past decade, including fires in China, India, the United Kingdom, and the United States.

But in France, in particular, fires in historic buildings seem to be a fairly regular occurrence. Just one month before the Notre-Dame blaze, a fire damaged the 17th-century Saint-Sulpice cathedral in Paris. Julien Kiwior, a French underwriter with the insurance firm HDI Global SE, studied the phenomenon for his master’s thesis last year. His work lists 21 fires in historic buildings in France in 2019 alone. The causes, Kiwior said, usually relate to electrical systems, boilers, chimneys, or arson.

After the National Museum fire in Brazil two years ago, NFPA Journal interviewed Don Moeller, a California-based fire safety engineering consultant and chair of the technical committee for NFPA 914, Code for the Fire Protection of Historic Structures. At the time, he said he hoped the incident would make “a huge impact on the public’s perception of the need to prioritize fire safety” in historic structures.

NFPA Journal recently reconnected with Moeller to discuss the latest fires in Brazil and France, whether he thinks the 2018 National Museum fire did make an impact, and what challenges remain to preventing losses of historic buildings from fire.

As you saw the news of these most recent incidents—the cathedral fire in Nantes and the museum fire in Belo Horizonte—what were your thoughts?

The loss of these cultural treasures is an absolute tragedy. These historic properties and the artifacts housed in them can’t be replaced, and their destruction is a loss to us and to future generations. It’s important for us to know what happened before we were here and appreciate and learn from the efforts of our predecessors.

It seems like France experiences a lot of these fires. Are there certain countries that have a poor track record when it comes to historic building fires?

Certainly, some countries have different priorities, or capabilities, when it comes to preserving historic or cultural resources, but I don’t think the reasons for these losses can be assigned to specific countries or the governments within those countries. Each incident represents an individual set of circumstances, and it seems like we all have our turn, unfortunately, at experiencing losses like this. Singling out one area may make some feel better about their own situation, but it can happen anywhere, and that’s perhaps the biggest takeaway. We all need to be prepared.

What are the biggest causes of fires in these buildings?

What are some of the ways these properties can be better protected from fire?

Properly installed and maintained automatic fire protection systems are a great start, particularly automatic suppression systems like sprinklers or a water mist–type system. Systems that rely less on a human response are usually more effective. Those systems that do rely on a human response should have that response well developed, practiced, and implemented, because human failure in the response chain is a commonality in many significant fire losses.

What stops these protection measures from being implemented?

Historically speaking, cultural resource property managers have been reluctant to install automatic suppression systems for fear of causing damage during installation or damage due to malfunction. But the reality is, the reliability of current systems is quite good. With that realization, I think property managers’ perception of the risk has been evolving in recent years. We are finding most of them much more supportive of installing fire suppression systems, such as sprinklers, than they have been in the past. Continued education of the property managers regarding the fire problem and protection options is key to keeping things moving in the right direction.

How can NFPA resources and documents help?

Many years of the industry’s experience with effective protection practices are captured in various NFPA codes and standards, which can be a great starting point for developing a protection program for any historic or culturally significant facility. For the safety of the overall facility there is NFPA 909, Code for the Protection of Cultural Resource Properties—Museums, Libraries, and Places of Worship, and 914, Code for the Protection of Historic Structures. Then, for standards of installation of specific systems, there is NFPA 13, Standard for the Installation of Sprinkler Systems; NFPA 72®, National Fire Alarm and Signaling Code®, and NFPA 750, Standard on Water Mist Fire Protection Systems. NFPA also has a wealth of resources for training or recommendations for additional sources of information.

Where is NFPA 914 in cycle and have any recent notable changes been made?

We are currently working from the 2019 edition of NFPA 914. We always strive to keep the language and references current, coordinated, and applicable.  Recent changes to the code have included an enhanced focus on security and resilience to disasters for cultural resource properties.

When we last spoke, it was right after the National Museum fire in Brazil. At the time, you hoped the incident might serve as a watershed moment of sorts to changing the global problem of historic building fires. Have you seen any positive change?

I’ve seen some positive change, but you have to remember that this is a long-term proposition. Fire protection methods and technologies progress rapidly, but shaping the priorities of people with limited resources takes much longer. I’ve been told by colleagues that various fire protection–focused seminars for museum and historic building managers have been more enthusiastically attended since the occurrence of that incident. And programs like this have been shown to significantly shift the opinions and priorities of attendees. But taking actions based on those shifts in mindsets can take time. The most recent incidents in Brazil and France show us that the fire problem won’t go away on its own. The motivation for protecting our treasures from these ever-looming threats needs to remain strong.

We all need to remain vigilant against the potential for these tragic losses. We cannot become complacent against the fire threat, which is constant. We all have scarce resources, and using those resources to protect against fire needs to be a community value before the fire problem occurs. It does no good to do a lot of handwringing and introspection after the fire. We need to implement protection programs before they need to function. A big problem is that we don’t usually hear about the situations where the program works effectively and the big fire is avoided. A successful fire protection program is rarely big news.

Can you give a specific example of a historic building in which modern fire protection measures were added?

My experience is focused in the US market, where there are quite a few examples of this. It seems that the federal government and various local governments have embraced the need to provide automatic fire suppression systems to protect cultural assets. The National Park Service, for example, has mandated sprinkler or other automatic suppression system protection for many historic buildings when those buildings are modified, and in other cases has used fire protection as a reason to initiate projects. There are many such projects in their system currently. So that’s an example of an organization that recognizes the need to provide the protection.

What’s your hope for the future?

My hope for the future is that people will recognize that the fire hazard to cultural resource properties is real, and that these assets are important connections to our past that must be protected. And I hope that they use that recognition to provide money and resources to adequately protect them for generations to come. 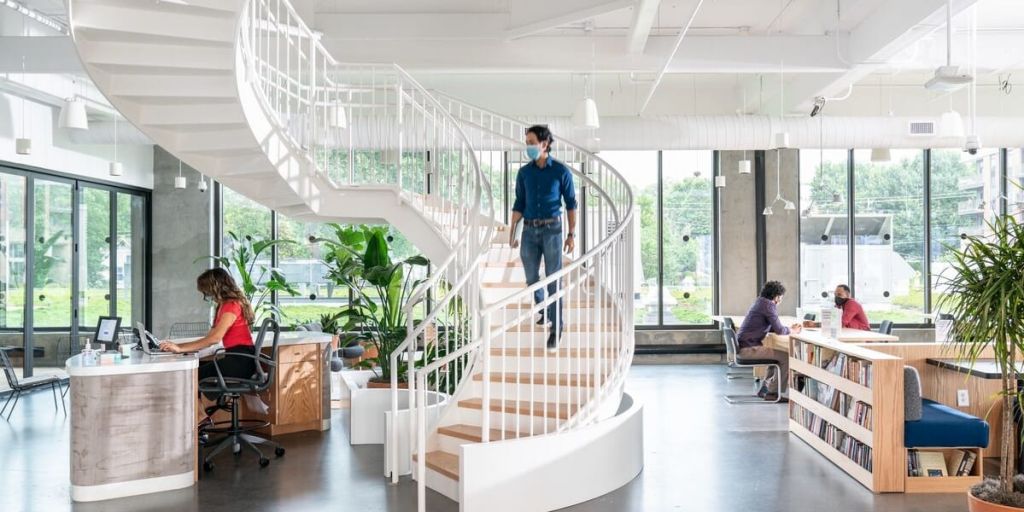